Posts Tagged With: The Game of Thrones

You asked for it! MER chapter reveal!

Let me put it this way, if a “Harry Potter” book got together with “The Little Mermaid” (and added a little sprinkle of “The Game of Thrones” for the adults), you would get my suspensfully dark, swashbuckling, mysteriously gripping, sometimes awkward and special, but never boring young adult novel, MER. 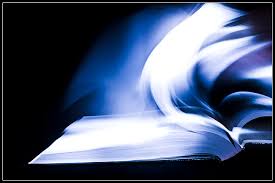 And in celebration of getting 100 LIKES on Facebook, here is a chapter snippet, as promised! Let the magic begin!

“That’s enough bantering, ladies,” said Higgins, the unspoken leader of the cog, “You all sound like washerwomen on laundry day!” The crew looked sheepish, hanging their heads.

Brushing off the childish behavior, Higgins proceeded, “I think we should set sail a bit more south. The sea hasn’t given us a bit of luck here. Pull in the nets and hoist the main mast.” Higgins scratched his scruffy black beard as he gazed south toward the open sea.

Just then the fishing cog lurched forward abruptly. The men stumbled to catch their footing. They all stood stock still, and searched each other’s faces questioningly for a hint of explanation. Again the boat suddenly jumped, causing the men to lose their balance.

“The net!” yelled the thin man as he looked over into the water. The group rushed to where he was, peering over the edge.

“We’ve caught something! It’s a big one!” cried the crew members as the boat began to move slowly and steadily across the sunrise-colored water.

“Whatever it is,” shouted Higgins, “It’s mighty strong. It’s actually pulling us!”

“Jefferson! Duncy! Get the spears!” Higgins grabbed the net to try to steady the sea creature. A streak of shiny scales could be seen, as their catch struggled to free itself. A loud ripping and popping sound could be heard. “It’s ripping the net!”

In a flash, the creature emerged from the water, free of the net, and in a blur, a large fish tail smacked the water as it dove back in, creating a large splash that hit the men square in the face.

Higgins was caught off guard by the splash and wiped his eyes with the back of his sleeve. He was suddenly aware that the boat was swiftly moving again, faster than before. The damned thing is pulling us again, the fisherman thought.

“The tip of its fin is caught in the net!” cried Duncy as he ran to the front deck with his spear. The whole group was now at the head of the boat, gripping and pulling at the net, while the large fish swam desperately, tugging the small cog behind it. Faster and faster they went, almost as if the boat itself was alive and swimming.

Higgins pulled with all of his might at the wavering fish net and yelled, “Duncy! Spear the beast!”

Duncy wobbled and wavered, his arm propped in preparation. “I can’t get a clear view of it. It keeps swerving back and forth like a crazed dolphin!”

“Just do it!” spouted Higgins over the chaotic noise of shouting fishermen and rushing water. Duncy stretched back his hand and steadied the weapon as much as was possible, and threw the spear straight and true directly at the fish net. The boat slowed and the net loosened its slack in the men’s grip. For a moment they dared not breathe in the tension-filled silence.

Suddenly with a splash, the broken spear came shooting up out of the water, followed by a second piece; the splintered shaft launched through the air. What the bloody heck kinda’ fish is this?

The little fishing cog began to build up speed again.

“What in the…?” The thin man’s words were cut off by Jefferson bursting through with another spear.

“Out of the way!” The young and strong fisherman thrust the spear so hard into the water that he almost toppled over with it until another crew member caught him by the back of his shirt. The speed of the boat slowed, and again the net slackened in the crew’s hands. They all stopped to catch their breath.

The great fish floated up sideways towards the surface of the water, golden scales glittering in the now vibrant sunlight. The men finally got a good look at it and stared in awe. The huge fish was a bit longer than the tallest man and half as wide.

Higgins wiped the perspiration off of his forehead with the back of his hand and let out a big sigh of relief. “Whew! Now that’s what I call fishin’! Everyone to the net, let’s pull this monster in.”

The men gathered and grabbed a part of the fish net and hooted and hollered, laughing about their triumph, as they worked to hoist their catch over the edge of the boat and on deck. They spoke of how everyone would applaud them at the Beltane Festival when they presented their prize.

“That is the biggest fish I ever seen,” the old fisherman said as he struggled with the net.

Jefferson had a look of pride on his broad face while he pulled on the net with all of his strength, “I can’t wait to see the young maiden’s faces when they hear we’ve caught the Legendary Giganta.”

All of the other crew members exchanged glances and then burst out into laughter. The old man, half laughing and half coughing, said, “Oh, you’re just a…gr… green boy, Jefferson. That’s no Giganta. The Great Fish would be four times the size of this one here.”

Jefferson looked disappointed but asked, “Well, what kinda’ fish do you s’pose it is?”

Higgins smiled. “I don’t know, but one thing’s for sure, this will be the biggest catch on record in all of North Harbor. Heck, in all of Merenia.”

The crew finally pulled the enormous fish on deck with a loud wet thud as Jefferson leaned over and ripped his spear from the beast’s side. The men stood back to admire their catch, red blood surged and oozed from the wound and ran across the wet planks of the boat.

“We set sail immediately. We won’t want to be late for Beltane,” the boat leader said. The crew quickly went to work hoisting the sails and making ready for their trip back.

The sun was well past halfway through the sky and beating down warmly on their backs once they turned and set forth onto North Harbor. The men sang a song of maids and whiskey, as Higgins looked to see that the fog had lifted and the waters were clear and sparkling. He whistled a happy tune, scratching at his scruffy beard while manning the helm.

The sweaty and water-sodden men went about their work in the liveliest of moods with the image of North Harbor coming closer and closer.

As the fishermen gathered around their catch, they stared in amazement, for what they saw was something they’ve only heard about in stories.

“Something’s wrong.” All of the men talked on top of each other.

“Son of a goat! Look at that!” the old man said in shock while he stared down at the huge fish, his knees shaking.

Crackling noises were coming from the giant creature, noises that stood the hair up on the backs of their necks. The glittering golden scales of the fish began to bend and shift, flowing long ways down its back.

The men blinked their eyes in disbelief, yet the fish body went on fluidly moving and varying its shape back and forth. The fish head, which was just covered in the golden scales and a large bulging eye, was now bare meat underneath, changing from yellow to green to orange and finally settling on pink. The fish’s thick lower half began to narrow and grow thinner, and its rough and stubby fin began to enlarge into a wide, yet thin and flowing dorsal, showing the colors of a fiery iridescent rainbow in the sunlight.

Higgins stood awestruck while a powerful sucking sound emanated from the morphing creature. With a loud pop, the so-called fish sprouted two appendages below the pale head, the color of pink skin. Bloody deep blue sea, I must be dreaming.

Higgins searched the others’ faces, theirs reflecting the mix of emotions he felt creeping along his insides, goose pimples running along his arms.

The creature that was now more shapely than before and a bit smaller but still very large, began to grow a nose, mouth, and fingers; looking more like a man with every passing moment. The screeching and crackling sounds went on while the half-man grew long wavy hair and its features turned solid and its muscles strong.

Then all was silent, except for the groaning and creaking of the wooden boat swaying gently in the water. The creature lay still with a gaping wound in its flesh-colored chest, blood running down onto, what seemed to be, its fish tail.

“Well, I’ll be damned to the deep blue sea…” Higgins words were carried away on the ocean breeze.

THANK YOU for all your support! And stay tuned for details on the book release and book trailer release. It’s going to be awesome!

You want to read me? Awww shucks. If you were a book I'd read you too!

Two is better than one!

These are the musings of an amateur author, whose mission it is to create new worlds, seek out new plot lines and torture characters like no one has ever done before.

Love it or hate it, I promise to always be me.

Where all the cool squirrels hang out!

Because sometimes life just makes you stop and think

A blog for authors, about authors, written by an author

Blogs, Author Interviews and one cool place for vampyres to hang out

Art and Writer for lover of the odd and undead

No matter your mood, there’s a great book to suit it.